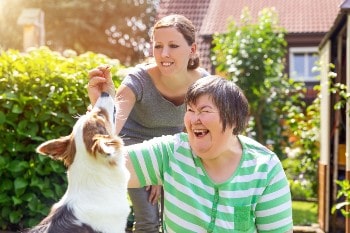 One of the basic concepts of asset protection and estate planning is preparing for the day you lose the basic capacity to handle your own affairs. Unfortunately, that day may come for a loved one first—and leave you in the situation of needing to care for them.

Guardianship isn’t a procedure to be undertaken lightly, as it strips your loved one of many basic legal rights and literally puts their life in your hands. In situations where this drastic step is necessary, an attorney can help you navigate the complicated and emotionally-draining guardianship process.

Why Guardianship Is Needed

Guardianship is a change in legal status granted by a North Carolina court so that an incapacitated person becomes your ward. As a guardian, you handle nearly every aspect of the ward’s life, from bank accounts to doctor appointments. While a ward is often a direct relative like a spouse, parent, or adult child, anyone can be named a guardian—even to a more distant relative or a personal friend.

In order to gain guardianship, the ward must be found to be legally incapacitated—meaning your loved one lacks the capacity to communicate their decisions or is entirely unable to make sound decisions for themselves. Incapacitated status is typically a result of a disease, mental illness, or an injury sustained in an accident. In some cases, it may involve extreme alcoholism or drug abuse interfering with a person’s basic decision-making skills.

Under North Carolina law, guardianship is specifically allowed due to:

How the Guardianship Process Works in North Carolina

Before petitioning the court for guardianship, it’s important to explore other available options that may be more appropriate to the situation. For instance, power of attorney can be granted by a person in advance so you can make specific decisions on their behalf without being named guardian. A special needs trust can be another excellent option for adult children with disabilities who need someone to oversee their finances.

If those methods aren’t sufficient, a guardianship may be the next step. This process starts by filing a petition explaining why your loved one needs a guardian. If the petition is accepted, the court schedules a hearing to determine incompetence—at which point the potential ward is assigned a lawyer by the courts if they don’t already have one.

In some cases, such as those involving advanced dementia or disability from a serious accident, it may be extremely obvious your family member isn’t capable of caring for themselves. In others, the person may actively oppose being named a ward and is given the opportunity to make a case to the court. This process can be further complicated if members of the family don’t agree on who should act as guardians, which is why it’s important to utilize an impartial attorney. Your lawyer can present compelling evidence in favor of guardianship such as medical documentation, financial records, and eyewitness statements.

If named a guardian, you aren’t just a decision-maker for your loved one, but also an advocate working for their best interests. Responsibilities of the guardian include:

If guardianship is granted, the ward loses most of their rights, from the ability to drive to handling their own money. A ward retains several key rights, however, including the ability to file a motion to have their competency restored. Once granted, a guardianship may remain in effect for the duration of the ward’s life, or can end when:

Do You Need to File for Guardianship of a Loved One?

Legacy Lawyers wants to help ensure your disabled family members are cared for through properly funded trusts, power of attorney, or the extraordinary step of guardianship. Contact us to set up a consultation and discuss your family’s situation so we can help you take the next steps.

Contact us today to schedule your free 15-minute consultation. You will speak with a qualified professional to discuss your needs and find out how we can help. Fill out the form on this page, and we will get back to you shortly. If you have questions for our staff, feel free to call us at (910) 452-3577.